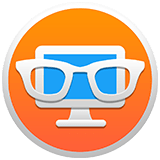 FZmoviez.com works great with our easy to use screen capture program. Please give Replay Video Capture a try and you will quickly be capturing all of your favorite videos.

Replay Video Capture is the easy way to capture anything you see on your PC screen and turn it into a high quality video movie file It's a great way to make personal copies of ANY video that you can see on your PC's screen - especially ones that cannot be captured with other tools.

Learn how to Download Video from other popular sites and services.

Go to the fzmoviez.com web site.

Legal note: Applian Technologies is not affiliated with fzmoviez.com, nor the company that owns the trademark rights to fzmoviez.com. This page is provided for compatibility purposes only, and in no case should be considered an endorsement of Applian products by any associated third party.